Caring for Your Hostas 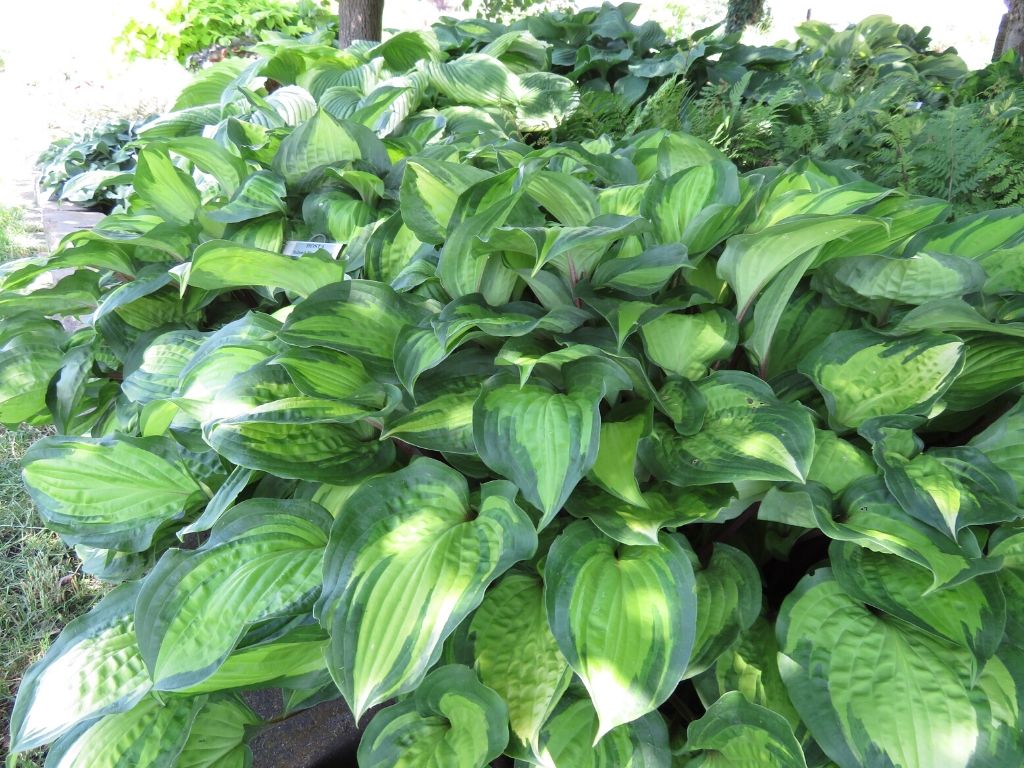 With its ease of growth, variety of plant shapes and sizes available, and diversity of leaf colorations, Hosta is one of the most desirable perennials for gardens with partial to full shade. In the landscape, the foliage can provide a bold presence while softening the appearance of well defined areas. Hosta forms attractive mounds of basal foliage. The shape of the leaves ranges from narrow elliptic to very broad ovate or heart shaped. The leaf texture may be shiny, smooth, or puckered and consists of numerous colorations of yellow, white, and greens to blue-green with and without distinct veining or variegation. They produce lily-like, bell-shaped, white, lilac, or blue colored flowers on stalks that rise above the foliage in the mid summer. Many cultivars produce fragrant flowers which are great for attracting hummingbirds into the garden. There are literally hundreds of cultivars, hybrids, and species to choose from. Hostas are most commonly referred by only their cultivar names as the parentage is often unclear. With the diversity of leaf colorations, plant habits, flowering characteristics and ease of growth, Hostas will likely remain one of the most popular perennials of the 21st century.

The genus Hosta was named after the physician to the Austrian Emperor, Nicolaus Host (1761-1834). It was commonly called ‘funkia’ until the 1970s when its genus name ‘Hosta’ also became the most commonly used common name.

Hostas are generally hardy throughout Zones 3 to 9. In Zones 8 and 9 it is best to plant them in areas that receive more direct shade to improve their performance and longevity.

Hosta prefers to be planted in locations with a fertile, moist, well-drained soil. However, they are tolerant of a wide range of soil conditions. Most Hosta cultivars will grow more vigorously and have the best leaf coloration when they are planted in locations with partial shade, particularly in the afternoon. Many cultivars, especially variegated ones, will show signs of marginal leaf burn when grown in full afternoon sun. In general, gold- or yellow leafed cultivars can tolerate more sun, while blue-leafed or cultivars with lots of white variegation require more shady conditions.

Containerized Hosta can be planted throughout the growing season, but are most commonly planted in the spring or the fall. They should be planted even with or just slightly higher then the soil line. Generally considered easy to grow and require little routine maintenance. To maintain a clean and attractive appearance, many gardeners remove the flower stalks once the blossoms have faded. Mulching during the summer months will help keep the soil moist and reduce leaf scald on plants in sunnier locations. The foliage should be cut back at the end of the growing season. They can be divided every 3 to 4 years if the clumps become too large.

Generally, they can be grown without many insect or disease problems. Aphids, crown rots, leaf spots, slugs, and spider mites may occasionally become problematic. Of these pests, slugs will likely be the most prevalent and may require removing them by hand, trapping, or using baits to keep them from severely damaging the foliage. Some cultivars may get leaf scorch when they are planted in hot, full sun.

Hosta are commonly used as accent or specimen plants, in woodland gardens or rock gardens, in borders, and as edging plants, groundcovers or mass plantings.

They are commonly used in patio pots or smaller cultivars can be utilized as components in mixed containers. The flower spikes make fine additions to cut flower arrangements. When blooming they attract hummingbirds into the garden. These tough plants are also resistant to rabbit feeding.

Hosta blend well with other shade loving perennials including Astilbe, Brunnera, Dicentra, ferns, Hakonechloa, Helleborus, and Heuchera. With each cultivar having its own distinguishing characteristics, Hostas also look great alongside other Hosta cultivars.